Karolína: Quitting smoking with Adiquit was a successful experiment 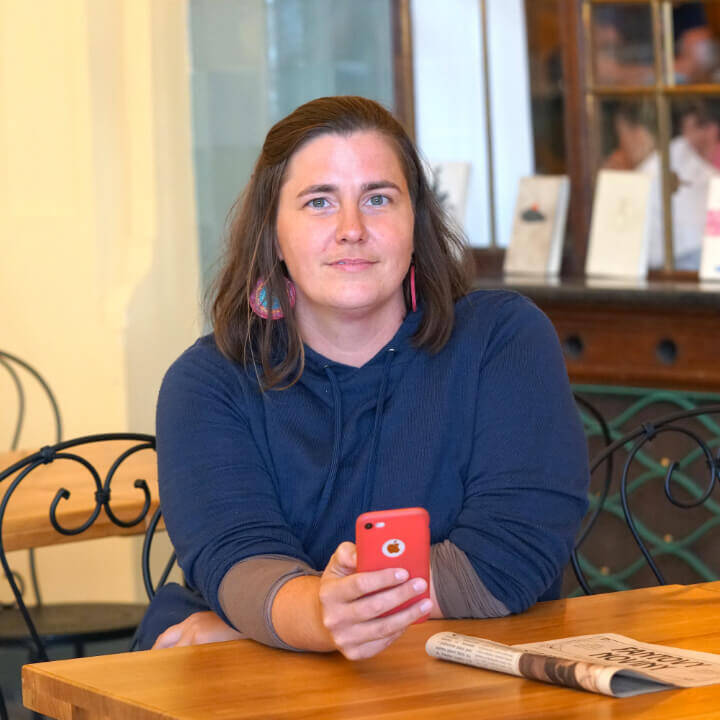 “I’ve gone through the quitting therapy with Adiquit and I haven’t been smoking for 3 months,” says Adiquit user Karolína Kubicová.

My motivation for quitting was quite low

I didn’t smoke much I’d say, some 5 cigarettes a day. I knew I didn’t actually want to quit as I was limited by my addiction. When I lacked a cigarette it bothered me so much I had to go and buy some. Then I felt like a failure. I knew I wouldn’t make it without proper motivation. I felt that smoking is a part of me and I didn’t actually want to quit.

I installed Adiquit just for a trial. It was an experiment

My GP told me I had a higher blood pressure and asked me why I smoked. He also told me that people who seek some quitting support are more successful. I didn’t feel like visiting a specialist though. I also didn’t feel like quitting at all. However, if I decided to do so, I wanted to do it on my own. On the other hand, I thought some kind of support would be useful. At that time full of doubt a colleague told me about a quitting app, so I installed Adiquit. Still, I wasn’t convinced I could make it at all.

The quitting therapy works in the way that during the first ten days you’re thinking about your smoking situation and together with the virtual therapist Adam you’re creating strategies for beating cravings and so on. You can still smoke as you need during that phase. I’m not that kind of person who would like to make various strategies, because I usually fail at following them and that makes me feel like a loser. That’s why I got annoyed while chatting with Adam sometimes, but on the other hand, I was also glad and curious.

I took the whole thing as an experiment. I said to myself: I’ll try to follow the process, I won’t judge it too much, I’ll do what Adam wants me to every day. Actually, I didn’t have a serious goal, I wasn’t motivated, I didn’t feel I could lose much. I just wouldn’t stop smoking at the worst. So what? I jumped in and waited for what would happen. I thought I would either make it or not. What helped me a great deal was that I had time to prepare myself, but there was a fixed quit day as well. I was stressing out because of that too, though. However, I always felt there was still some time left.

After the preparatory phase you make the decision that you quit the next day. The first three days and then the whole first month were the worst for me. It was when Adiquit helped me lots and when I fully appreciated its importance. I received two messages a day from my therapist Adam. There was some encouragement and a piece of advice in the morning and in the evening he asked whether I smoked or not and praised me for managing it. That was the crucial thing I’d say. Such support lasts some 6 weeks, but I found out that the creators of the app are working on a new version in which the support will last for half a year after the last cigarette. I’d like that. What I also appreciate is that the virtual therapist doesn’t criticize and punish you. If you don’t make it and smoke, you just go on. It’s not about being a loser, it’s more about not being prepared enough.

There were funny moments too

I was craving a cigarette and my head was told me. “Why am I doing this in the first place? It’s not worth it to be suffering like this. I don’t  smoke that much, do I?” My own head persuaded me to go and get a cigarette. I allowed myself to smoke one. And then, I hold it in my hand, and God knows why, I did not smoke it. 🙂

How I feel after 3 months without cigarettes

I tried smoking a cigarette after some time of not smoking and I was surprised by the fact that I didn’t like it. Moreover, I didn’t have the feeling cigarettes are a part of me. I was surprised that quitting wasn’t as terribly difficult as I thought. My boyfriend smokes and I was afraid I wouldn’t make it. However, it’s up to you in the end and it can be done even if there’s a smoker living with you. There are moments I’d like to smoke one just for the joy of it. And sometimes I even did, but I didn’t actually need it.

When I was a smoker I didn’t like the intensity of the taste and sometimes I felt sick. Also the hangovers after combining cigarettes with alcohol were worse. I don’t like the smell of the smoke now, I find it annoying.

Few things for those who would like to quit

Simply download the Adiquit app, don’t think about it much and let the programme guide you. Make an experiment. You don’t have to wait for stronger motivation and you’ll see what happens. Nothing may happen or everything may happen. I realized that when you quit you see things differently, you see that smoking isn’t necessary. Just follow the app. It’s not a big deal and you have a good chance to quit  🙂