Confession of a doctor: Now I can set an example to my patients 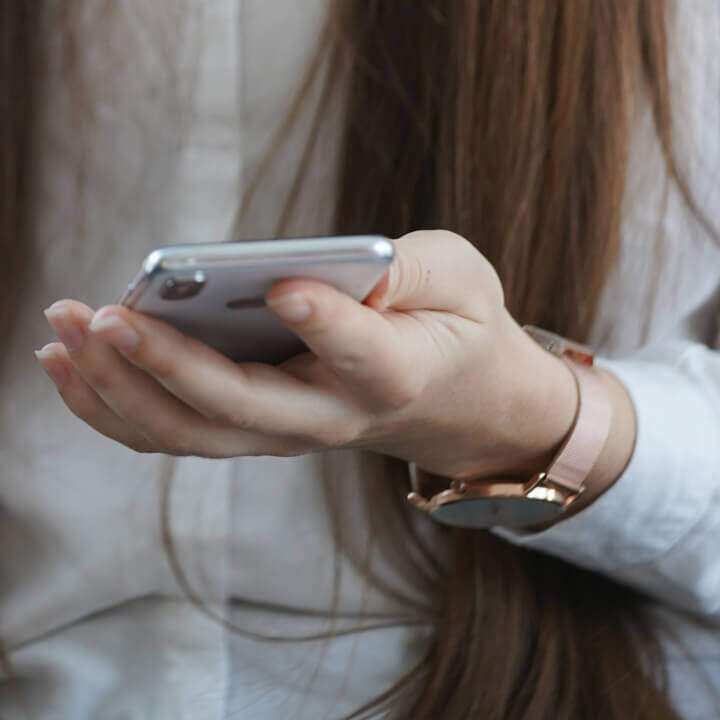 The confession was a difficult one. It wasn’t pleasant to admit that, as a doctor, I was quite strongly addicted to cigarettes. However, the joy of being able to quit is enormous and therefore, I decided to share my story. The bad is over now, I’m feeling great. I’m free, balanced and calmer.

We’re influenced by our childhood experiences

I grew up in a non-smoking environment, but my mum’s best friend was a smoker. She was an elegant lady and as a child, I connected smoking with luxury and gentility. I feel terrible when I recall talking my mum, who was also a cardiac, into lighting one to look charming.

I became addicted when I was studying at the university

I started smoking in my teens, like the majority of smokers. I was 15 when we tried cigarettes for the first time with my friends, just to look cool I think. I wasn’t smoking intensely, nor regularly at that time. This changed later, when I was studying at the university. Smoking was a key to get in touch with people in the new environment. We were smoking at the parties at the dorms. During the exam period, smoking became a way to get rid of stress…I became addicted after some time.

I started smoking at the time when cigarettes were quite tolerated by the society. There were smoking areas in the restaurants and no one felt offended. I started working as a doctor after my graduation. I was able to conceal I was smoking at first. Later I was working in a hospital and suffered from stress and lack of sleep. Gradually, the fear of my colleagues knowing my secret was overtaken by the urge to let the steam off. Moreover, there are quite a lot of smokers working in health services and suddenly, you find yourself a member of a “secret” club. From the outside I played the role of a non-smoker, and together with my colleagues I was preaching to the patients about the fact they caused their illnesses themselves,”…yes, of course, you’ve suffered a severe heart attack and still you’re a smoker, right?…” Even though I was frequently meeting patients dying from smoking-induced problems, it still wasn’t a reason to quit for me.

I don’t even know how many times I was trying to quit. Now I know it was just attempts, not real effort. There was no plan, no chance of success. Moreover, I wasn’t trying for the sake of myself, it was always for someone else – for example for my baby when I was pregnant. I quit for the pregnancy period, but started again right after the baby was born. Smoking was a kind of relief after a day full of joy, but also stress caused by the new situation. I took the cigarette time as the only time I had for myself.

The decision to quit was approaching gradually

The time has come when a smoker is not cool anymore, not to mention when you’re a woman and a mother. You have to leave the table at the restaurant when you want to smoke after a meal, you’re standing outside, it’s cold and you’re alone. Smoking is considered a weakness ( and I totally agree) as any other addiction. People look down on you and you feel ashamed that you may smell after cigarettes. Another reason was the growing prices of cigarettes. When I started smoking I got a pack for 50 CZK and it took me a month to smoke it. Now the pack costs twice as much and I finish it in a day. It may seem that I quit because of external reasons and due to the opinion of the people around me, but it’s not like that at all. One has to be willing to do that for themselves.

My quitting journey with Adiquit

The Adiquit app found me when I was surfing on the internet. It had unbelievably positive reviews, however, I didn’t pin all my hopes on it. A slow beginning was a nice surprise, I got ready for quitting in an easy manner. I made a little step every day. I was fully determined to quit on the D day and I was also sure I could make it. However, the beginning of quitting was harsh. I think the first week was the worst. I was nervous all the time, my husband could tell you more about it. Nevertheless, Adequate was a huge support. Adam, the therapist, reminded me of the reasons for quitting every day, I created “emergency tools” to use in high risk situations when I would feel cravings. Our place has probably never been so tidy (I told myself to organize a drawer whenever I felt like smoking). Adam would ask me whether I managed not to smoke every evening. I got mad everytime he did it at the beginning, but then I started looking forward to his question as I could proudly report a successful day and be praised. It feels kind of silly to enjoy being praised by an app now, but those, who haven’t experienced it, can’t understand.

I’m delighted I can say I’m a non-smoker

I told it to my parents not before the first month without cigarettes was over. They were on cloud nine and I felt even more happy. I feel great as a non-smoker. I feel free, more balanced and calmer! Finally, I can honestly advise my patients and set an example to my little girl.

Finally, a few words by the doctor

As a doctor, I’m aware of all the negative effects of smoking and its often fatal impact on health. I also know how hard it is to fight an addiction of any kind and how severe may the withdrawal symptoms be. Even though I had nicotine replacement therapy at hand, I almost never used it. Mental addiction is much stronger than the physical one and this only makes the app’s support more helpful. I thought I didn’t have strong will and if I made it, you should try too. The feeling of your everyday victories is priceless.